Here are the group of talented folks that created MILEY CHASE 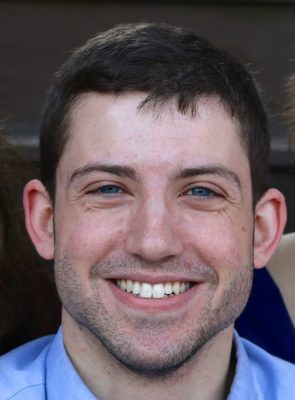 Dylan MarcAurele (Music and Lyrics) is a NYC-based composer, writer, and orchestrator. He is a recipient of the Dramatists Guild Foundation Fellowship, through which he and writing partner Mike Ross are developing their folk-musical tragicomedy Lewis Loves Clark, or, Bill and Meriwether’s Very Excellent Adventure. He composed the score for the family musical The Land of Forgotten Toys, which premiered in Chicago for a five-week run after being workshopped at the Florida Festival of New Musicals in 2019. He is collaborating with bookwriter-lyricist-performer Deborah Berenson on her dark comedy musical (slash interactive tea-time etiquette class) Tea with G. He is an alumnus of the BMI Lehman Engel Musical Theater Workshop. Dylan also runs the Instagram account @RHONYmusical, where he writes, orchestrates, and directs musical theater songs based on The Real Housewives, as featured on Watch What Happens Live with Andy Cohen. He holds a B.A. in Music from Harvard University, ’16. 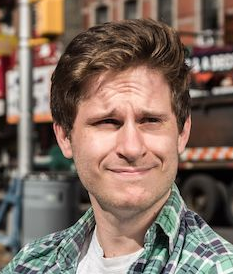 Mike Ross (Book) is a New York-based dramaturg, librettist/lyricist, and author for young readers. He is a member of the BMI Lehman-Engel Musical Theatre Workshop and a 2020-2021 Dramatists Guild Foundation Fellow. He has provided dramaturgy and additional lyrics for shows including The Land of Forgotten Toys (2019, Greenhouse Theater Center), Kerrigan-Lowdermilk’s The Bad Years (2016, dir. Stephen Brackett), and Elizabeth A. Davis’ His Name’s Not Indian Joe (2018, dir. Don Scardino). His first book for young readers, A Dog’s Porpoise, is available in stores now.

Larry Little (story) has a theatrical career that has spanned thirty-five years and more than 100 productions, first as an actor/singer/dancer, then as a director and producer. Along the way he became a Certified Public Accountant, providing an additional range of skills for his most recent role as a creating producer, developing new shows. Larry is the Lead Producer at CPA Theatricals and LCG Entertainment, LLC, the companies he founded to provide musical theatre for under-served populations. In recent years, a special focus of the companies has been shows that provide opportunities for female performers, create strong and interesting female characters, and increase outlets for female composers and directors.

His musical, 57th NATIONAL MATHLETE SUM-IT opened off Broadway as part of the 2017 New York Musical Festival (under the title NUMBERS NERDS), and has subsequently had productions throughout the US including Georgia, Kansas, Florida, Wisconsin, Texas, California and London. After the extended NYMF run and enthusiastic response, the show was licensed by Theatrical Rights Worldwide. He also conceived of and created GIRLHOOD the musical and THE LAND OF FORGOTTEN TOYS, a Christmas musical. During isolation Larry also created and developed one of the first zoom musicals – THE MYSTERY OF CUSTODIA – available in the Spanish language as well. Another zoom musical THE MOMENT is also available.